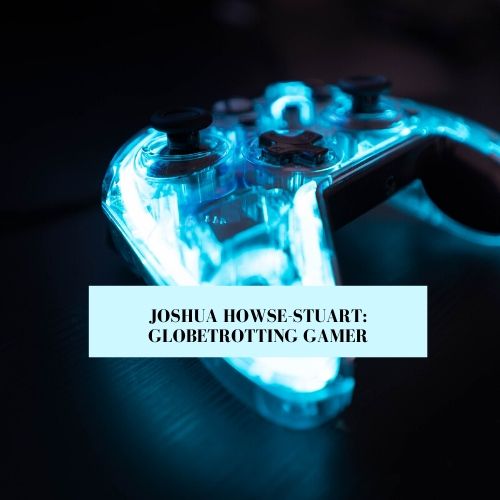 Joshua Howse-Stuart erupted into the world in 1994, dropped by a stalk in the middle of the “sh*thole” that is Swindon. Before starting his foundation year at University of the West of England, Josh primarily spent his time plane hopping. However, finally making Bristol his permanent dwelling for the next four years he commences on a lengthy Journalism degree.

Originally a small-town lad, Josh spent his younger years exploring Britain’s nooks and crannies, his favourites being he said: ‘Wales or London, I’d like to move back to London when I eventually can. He said due to: “the busy-ness, I loved the busy-ness”. Josh moved out of his family home at the age of 15, Josh said: “I have a brother and sister, who I speak to regularly, that’s the only contact I have with my mum. My real dad lives in Sweden.”

As such a flamboyant person, it was interesting to see how Josh assesses himself. Unashamedly admitting that he can be “self-centred”, he explained: ‘I think it comes from moving out when I was 15, you know I had to take care of myself’. Suddenly Josh’s burning motivation to progress is explained.

Josh’s passions extend well beyond the realm of Journalism, encompassing his love of gaming and tech too,”I’m a massive gamer, I play for a local Bristol team and the University as well” later he said: “If there’s a new phone coming out I know about it.” Fully kitted out in the newest gaming equipment, forget the Hatton Garden’s heist if you’re a criminal after some gems, pop to Josh’s!

None of this appears to be a surprise, however for an individual that gives the impression of a sociable chatterbox; Josh also revels in time alone, he said:”it’s so cliché but I quite like just nature walks, just on my own though, not with other people, just put some music on and just go and chill out somewhere.”

Piecing together parts of Josh, it becomes evident that he is a man of opposites, whilst he appreciates time alone you may also find him boogieing in a huddle of friends at his 21st Glastonbury. Or on occasion you may find him leaving his gaming console at home, to dress to the nines in his button up shirts sipping purple rain in a bar.

It is blatant that Josh is a jack of many trades but primarily an icon, a status confirmed by Josh’s confession that in his foundation year, he and a group of friends in the midst of a drunken weekend he said: “decided to just go to Paris”.